An aerial view of the reconstructed Hall's Island in August 2018. Part of a concept design for Hall's Island and the Scherer Site. The Minneapolis Park and Recreation Board led a team to reconstruct Hall’s Island, which was destroyed by industrial development in the 1960s. The MWMO joined with several partners helping to fund the restoration of the island, which will provide a unique new park amenity and a rich source of habitat along the Mississippi River.

Located just north of the Plymouth Avenue Bridge, the site was excavated to create a new back channel that re-separated the island from the mainland. In the process, 1,000 linear feet of armored shoreline was transformed into nearly 3,000 feet of habitat-rich shoreline. The new island features a diverse array of native vegetation to support local wildlife and provide a safe stopover for birds migrating along the Mississippi Flyway.

The reconstruction of Hall’s Island was a priority in the RiverFirst Initiative — part of a long-term vision to transform the Minneapolis riverfront from a degraded industrial zone to a welcoming destination that combines public access with ecological benefits. It’s also the first step in a larger MPRB project to build a new public park at the site, which was formerly owned by the Scherer Brothers Lumber Company.

The restored island stretches from the northern edge of the Scherer site to just south of the Plymouth Avenue Bridge. The iconic Boom Island Lighthouse has become a part of Halls’ Island. The channel between the island and the Scherer Site is approximately 120 feet to 150 feet wide and 6 feet deep (depending on river conditions).

Scherer Brothers purchased Hall’s Island from the City of Minneapolis in 1963. The company filled in the channel to connect the island to the shore and then paved over the land for industrial use. MPRB bought the entire riverfront site in 2010, later demolishing the buildings and remediating contaminated soils on the property.

The reconstruction of Hall’s Island is complete, although habitat restoration is ongoing. In addition to the island, the vision for the future park features a gravel beach, boat rental and storage for paddlers, a pavilion, and terraced gathering spaces. 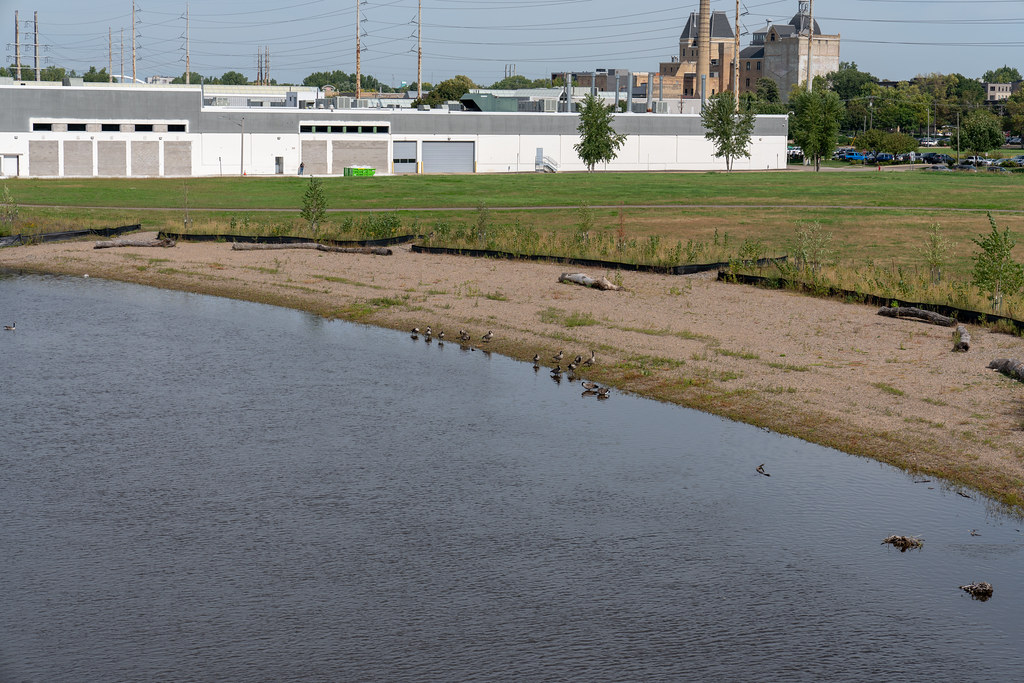