The entrance to the Water Works pavilion. Water Works park as viewed from the pavilion. Part of the stormwater treatment system at Water Works. The stormwater reuse tank being installed in November 2019. The first phase of park development (the “Mezzanine” phase) included realignment of West River Parkway, the creation of park spaces between 1st Street South and 5th Avenue South, and the construction of a park pavilion amidst the mill ruins. A future “Riverside” development phase will include the portion of the park between West River Parkway and the Mississippi River.

The MWMO funded a stormwater reuse system that collects and treats roof runoff from the existing rooftops of adjacent buildings. This water is used for irrigation at the Water Works site and toilet flushing inside the pavilion. The Water Works project also included a variety of stormwater best management practices such as raingardens and native plants (not funded by the MWMO).

Water Works is part of the RiverFirst Initiative, a 20-year, phased urban design vision and implementation framework for the Upper Mississippi River corridor. Goals include establishing parks as economic drivers, connecting communities to the riverfront, and refocusing the city toward the Mississippi River. 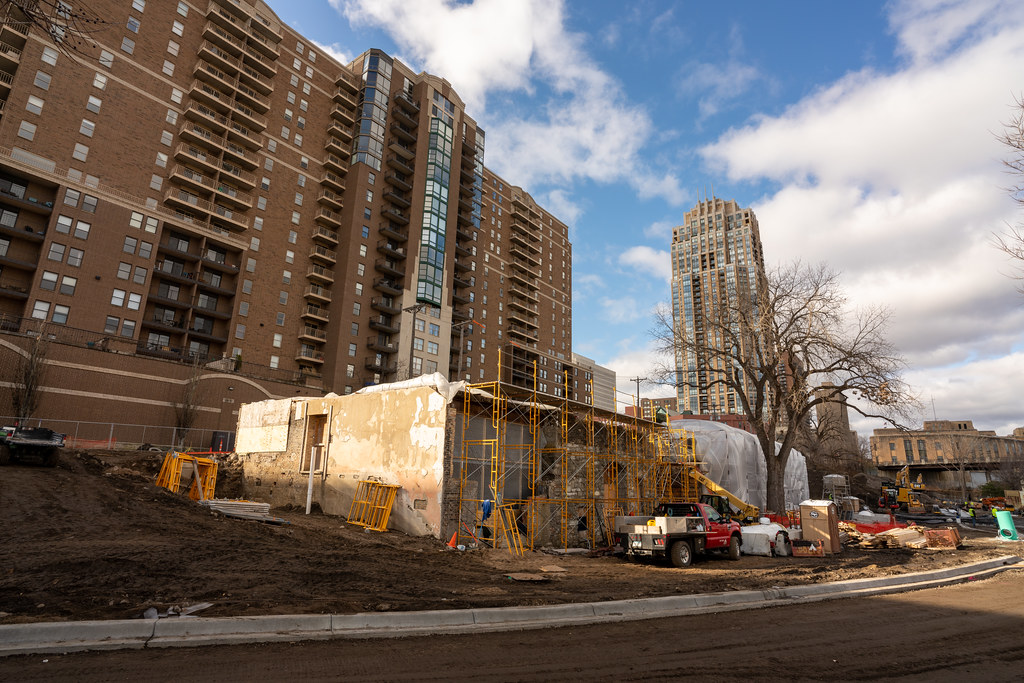