Workers and volunteers planting the raingarden in June 2020. Project partners at the dedication ceremony in August 2021. Flowers blooming in the raingarden. The raingarden shortly after being planted. The traffic diverter prior to being reconstructed.

Neighbors in the Southeast Como Neighborhood of Minneapolis converted an overgrown traffic diverter into a raingarden, with help from a pair of MWMO Stewardship Fund grants. Led by the Southeast Como Improvement Association (SECIA), the pilot project brought together a variety of local partners in a collaborative effort to fight pollution, create habitat, and beautify the neighborhood.

In 2016, the SECIA Livability Committee identified a project to cleanup five traffic diverters installed throughout the neighborhood. The traffic diverters were installed in the 1970s to cut down on traffic speeding through this residential neighborhood near the University of Minnesota. Overtime, the vegetative diverters started to degrade, with weed species taking over and trees and shrubs becoming overgrown. The committee connected with five University of Minnesota students in the Department of Forest Resources who took on the diverter cleanup project as their urban forestry capstone project. The primary recommendation from the student project was to transform the diverters into raingardens.

The diverter on 15th Avenue SE and Talmage Avenue SE was selected as the pilot project, and SECIA sought out technical help to start the transformation. In 2018, an MWMO Mini Grant funded a project for Metro Blooms to redesign the traffic diverter from a mounded streetscape feature into a raingarden with native plants that would intercept water from the street. The design phase included site analysis such as siting of utilities and stormdrain locations, examining soil conditions, design of the raingarden, and engagement of surrounding neighbors.

In 2020, the MWMO awarded an Action Grant to support the actual construction. Metro Blooms oversaw the implementation of the developed raingarden plan and, with help and expertise from the City of Minneapolis, the catch basin infrastructure was modified to accommodate the raingarden. A new basin and pipes allow water to drain into the diverter from the street, instead of being piped directly to the Mississippi River. The Minneapolis Park and Recreation Board also helped in the removal of existing weed trees.

This project will divert approximately 90 percent of the stormwater that used to flow into the stormdrain to the raingarden and allow it to infiltrate down into the soil and be filtered by soils and the plants. This will divert more than 500,000 gallons of polluted stormwater each year away from the Mississippi River. The raingarden is filled with native flowering plants that highlight Minnesota’s natural biodiversity and will nourish pollinating insects and other wildlife.

The traffic diverter now serves multiple purposes — intercepting polluted stormwater from the street, calming traffic, and providing habitat. SECIA hopes that this pilot project will be an example for other similar sites across the city such as traffic circles and medians and a model for other municipalities. 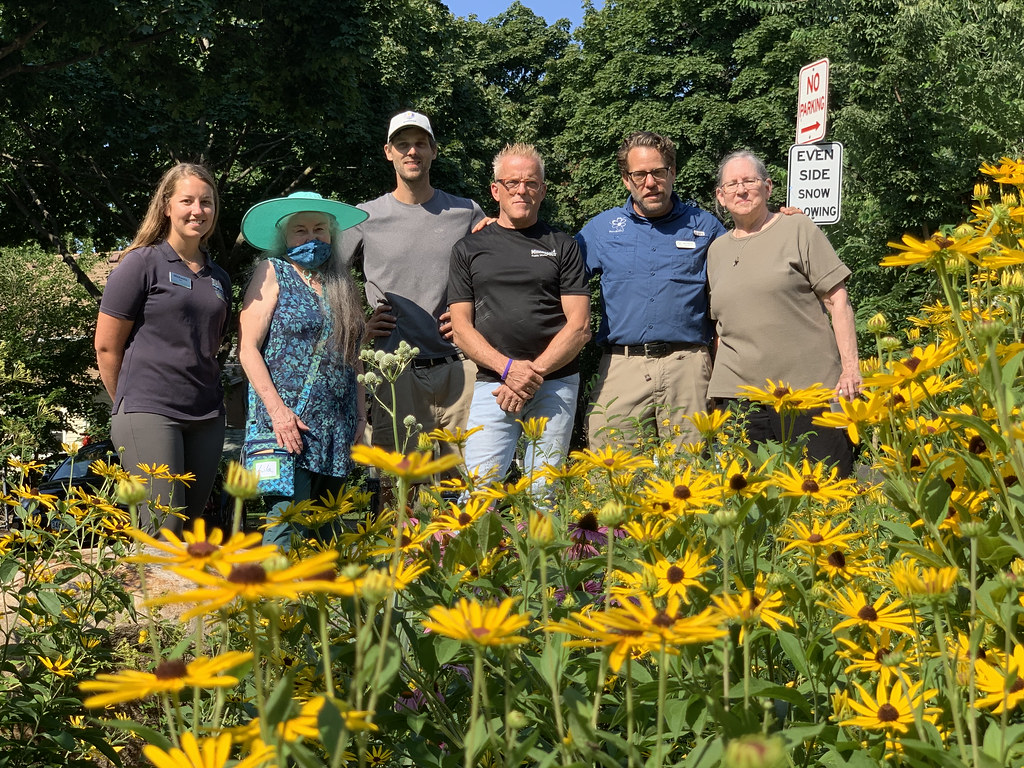