Before: a street in need of repair in Fridley. The same street, during construction. The bumpouts manage stormwater and calm traffic. The same street, with bumpouts installed and planted.

A pair of street reconstruction projects, completed between 2015 and 2017, proved the ideal chance to construct new cost-effective stormwater control measures in the City of Fridley. The MWMO provided a grant to the city to fund improvements like water-absorbing bioswale bumpouts, boulevard raingardens, upgrading an existing stormwater pond and installing an underground stormwater treatment system at Summit Square Park. This combination of improvements are now treating stormwater runoff from approximately 57 acres, removing an estimated average of 7,828 pounds of suspended solids and 43 pounds of phosphorus each year.

In addition to water quality treatment, these stormwater practices are creating other benefits for the city, its partners and its residents. The stormwater bumpouts were included in the project with the original goal of slowing traffic. For years, residents complained of cars driving too fast down 3rd Street NE; when the city redesigned to road to include traffic-calming bumpouts, they figured they may as well fold stormwater treatment into the practice. The city is partnering with the residents to manage the vegetation in the bumpouts as well as the curb-cut raingardens installed as part of the project.

The Summit Square Park treatment system, originally installed with a grant from MWMO in 2015, was retrofit during the 2017 project to receive additional water, providing relief to Anoka County’s over-taxed storm sewer system along Main Street. The pond that was retrofit as part of this work is also owned by Anoka County. The City of Fridley is responsible for inspections and maintenance at both of these facilities. 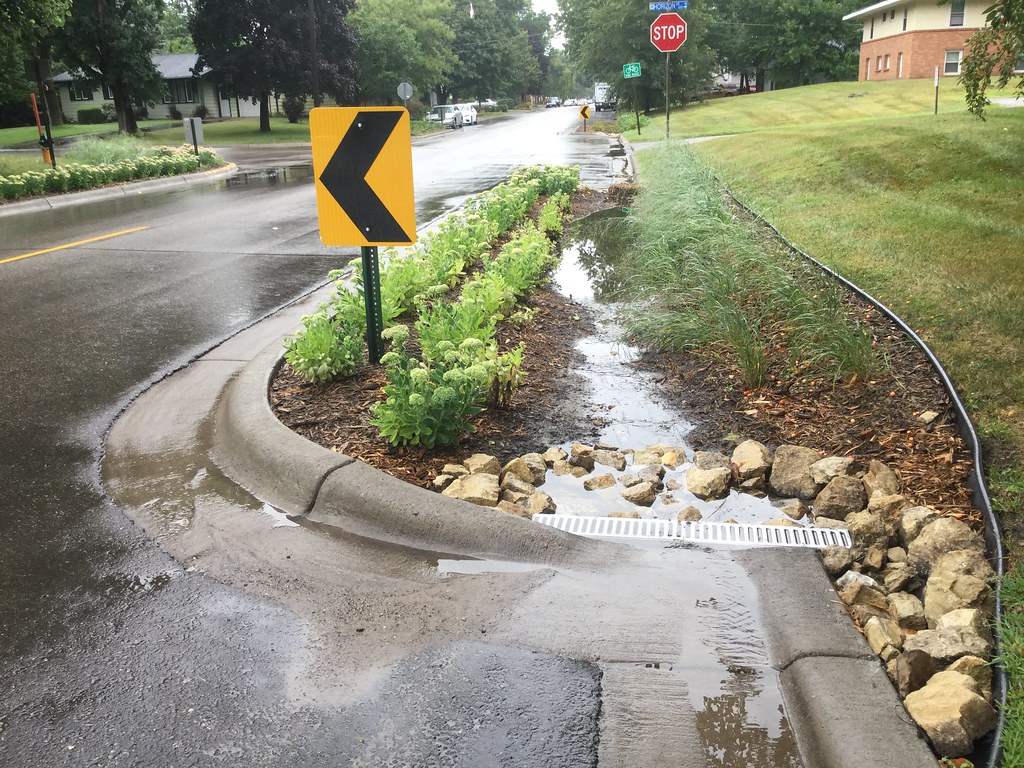