An aerial view of the Juxtaposition Arts campus in August 2021.

Juxtaposition Arts (JXTA) is building a redesigned and expanded campus in North Minneapolis featuring a stormwater retention and reuse system as well as native plantings to support habitat creation. An MWMO Capital Project Grant will help fund these stormwater and habitat improvements, which will be highly visible and offer new educational opportunities for JXTA students and residents.

JXTA is a nonprofit, teen-staffed art and design center, gallery, retail shop, and artists’ studio space in North Minneapolis. As part of a planned $12 million campus expansion project, JXTA wanted to incorporate stormwater management and habitat improvements. They successfully applied for a $216,000 capital project grant from the MWMO. JXTA previously partnered with the MWMO on a highly used and engaging Skate-Able Art Plaza featuring raingardens at the corner of W Broadway Ave and Emerson Ave N, funded by a Stewardship Fund-Action Grant.

The current site is approximately 83 percent impervious and experiences frequent flooding in the alley. The new campus will include a tree vault system in the NW portion of the site that captures runoff from the parking lot, filters it, and then discharges it via drain tile to a biofiltration berm. A series of six tree planters will be added in the public sidewalk along Emerson Avenue to collect the runoff from the sidewalk and beautify the streetscape. Finally, a cistern will retain the stormwater runoff from the roof drain leaders, planting areas, and sidewalk along the building. Water from the cistern will be used for irrigation.

Once complete, the project will be used as a living demonstration project to showcase innovative stormwater design for the hundreds of students that are going through JXTA’s design programs annually, as well as an on-campus learning lab for youth apprentices in their Environmental Design studio. Around the tree vaults, JXTA plans to include educational signage about the function and benefits of tree trenches. Project tours are also planned for community members, government officials, funders, and the press. 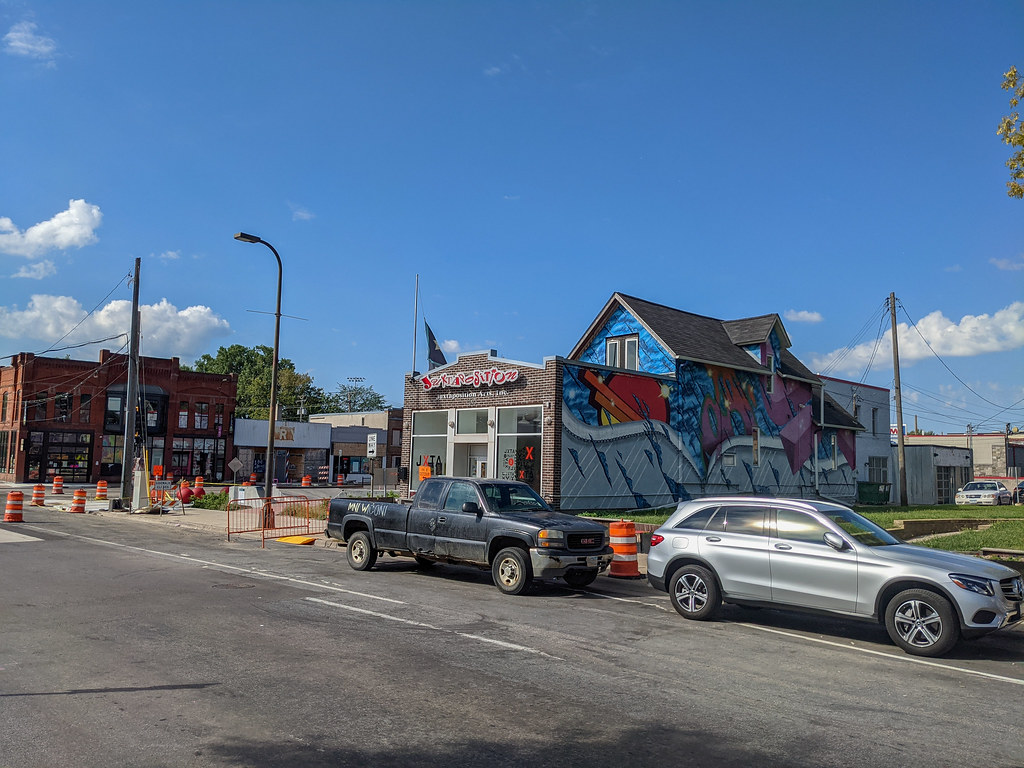